The Royal Hotel is an award winning hotel with unwavering hospitality that dates from the early 1900's.

While Durban has changed over the years, the Royal’s service and commitment to her guests has certainly not, which is why The Royal was voted the best Kwa-Zulu Natal Hotel in 2006.


Guests can relax in comfort with rooms offering a subtle blend of colonial and African influences. The hotel has a superb range of restaurants and sophistication is the keynote throughout the rooms and suites, which offer panoramic views of the city and yacht mole.

This is a classy five star hotel that has consistently lived up to its high reputation.


Location
Not a beachfront hotel, the Royal is located opposite the Durban City Hall, overlooking the yacht mole - 35 minutes drive from Durban airport and 5 minutes from the Inyernational Convention Centre and the new uShaka Marine World. It is a mere 5 minute from the commercial Durban beaches. 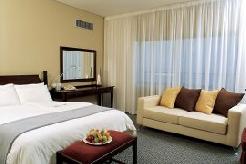 Rooms:
251 rooms in total made up of 134 Double Rooms, 88 Twin Rooms, 3 Executive Rooms, 16 Deluxe Suites, 3 Executive Suites, 2 Penthouses, 5 Family Rooms
A big hotel but you still get the personal touches you would expect from a 5 star hotel. 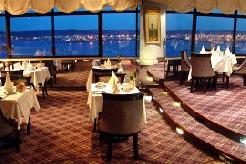 Dining & Entertainment:
The Rotal Grill - This flagship restaurant boasts some of the country's top award winning, haute cuisine and opulent decor.
The Ulundi - is Durbans finest traditional Indian restaurant serving some of the best eastern dishes in town.

Top of the Royal  - A sophisticated venue with magnificent bay views, which offers guests magnificent breakfasts, and doubles as a function room.

The Royal Lounge - An ideal venue for enjoying a light meal or indulging in a tempting selection of cakes and delicacies.

Chefs On Stage - The most unique venue in Africa, featuring Chefs on Stage, trendy, interactive cuisine and culinary education and personalized dining options. 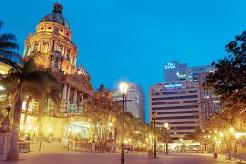